Reviewing the valuation of Chori’s stock price in these 5 years, its PBR has been above 1x for a limited period only, but mostly below 1x. Based on the concept of equity spread (*), PBR below 1x means the return on equity (hereinafter referred to as “ROE”) falls below the cost of equity (hereinafter referred to as “CoE”) which equals to shareholders’ expectation for return.
*When ROE is lower than CoE, it leads to low PBR which is below 1x. 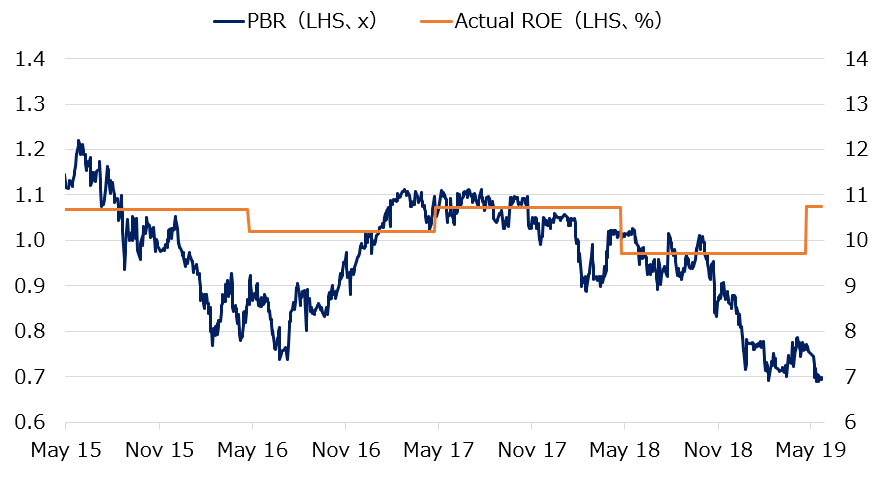 (Source：QUICK ASTRA MANAGER、using the current quarterly result data and arithmetic
average value of EV/EBITDA, excluded stock names which are over 100x and below -100x. As of end of 23rd May 2019）

One of the reasons for this poor valuation is that Chori lacks awareness of cost of capital.
Listed companies’ mission is to increase its shareholders’ value. To achieve this, managements need to focus on making capital efficiency higher than CoE / WACC.
It is also important for Chori to disclose information regarding how it calculates, in what level, its CoE / WACC to increase its shareholder’s value through effective dialogue with shareholders.