On 25th April 2017, Chori released 3 years Mid-term Management Plan ending FY2019. The plan was conservative that its target ROE was the same level as that of FY2016 although the plan had just begun after FY2016. Chori misstates / misunderstands ROE for “ROA (Net Income)”in the slide below. In Japanese version slide shows “ROA (Net Income)” for “ROE”. 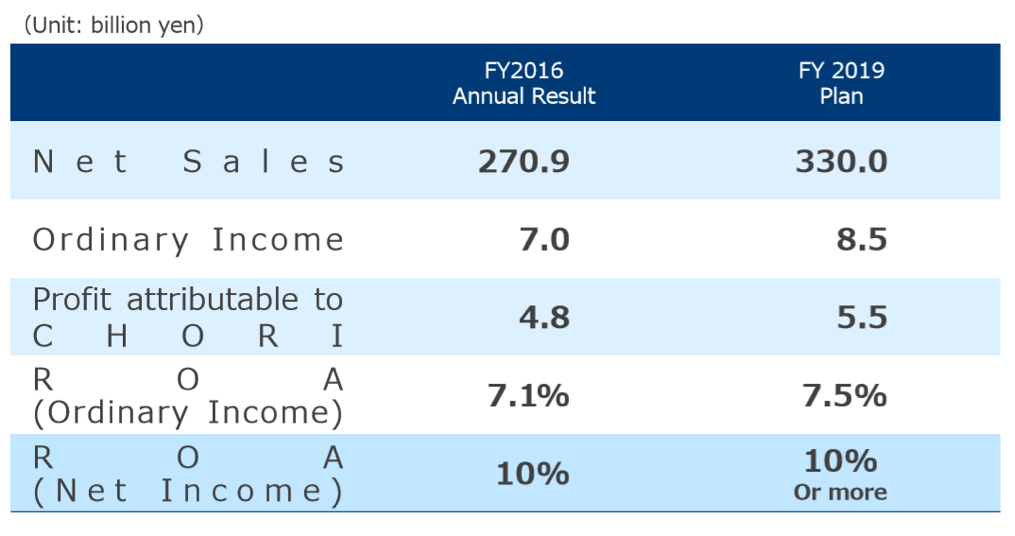 FY2018 was the second year in the plan and Chori achieved the target ordinary income（”経常利益” in Japanese）, JPY 8.5 billion, in FY2018 ahead of schedule. Chori left the already achieved target. As a result, the company guidance, JPY 9.0 billion, in FY2019 is above the target. 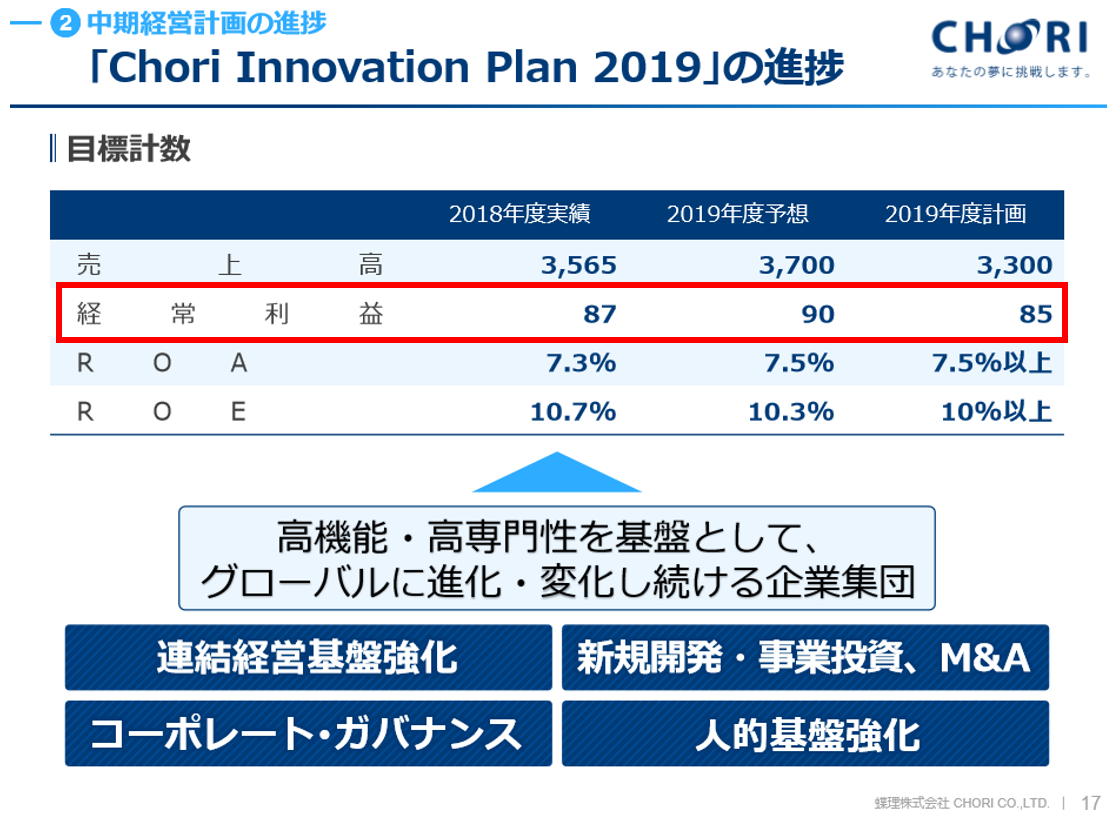 Mid-term Management plan is a measure in order to accelerate the communication between Chori and shareholders with regard to long-term strategy. If the target becomes lower than expected and over-achievement is predicted, there is no need to hesitate to revise the target. Deeper communication with shareholders is important for the increase of shareholders’ value.